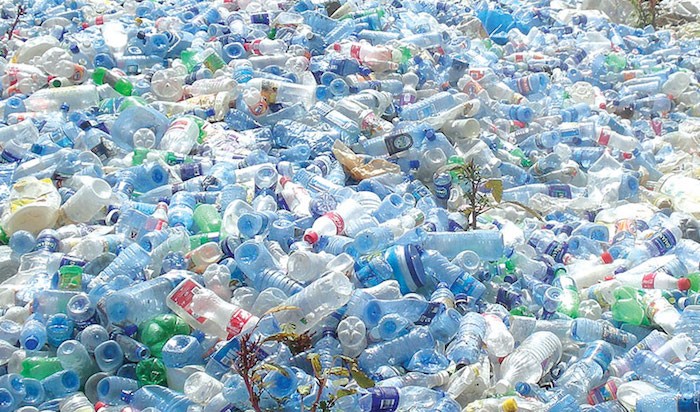 Institute of Maritime Studies, University of Nigeria held  zoom meeting on “Marine plastic pollution governance in Nigeria” on 10 March 2021. The event was part of the Knowledge Exchange grant awarded to Dr Ndubuisi  Nwafor ( Associate Dean of the Faculty of Law) by the Association of Commonwealth Universities Blue Charter project to investigate marine plastic pollution governance in  Nigeria.

Africa has joined the global movement for eliminating plastics. Several African countries, are now taking steps to eliminate the production and distribution of single-use plastics; some are even adopting a total ban on the production and use of plastic bags. Cameroon, Egypt, Eritrea, Ghana, Kenya, Mauritania, Morocco, Nigeria, Rwanda, South Africa and Tanzania have taken the lead, others, like Botswana and Ethiopia, are following suit.

Nigeria, being the most populous country in Africa is affected by plastic pollution menace. The reason is its large population in the urban and commercial cities, especially in the South east and south west of Nigeria and her large coastline. Lagos which is the biggest city in Nigeria has been under plastic pollution siege, without any hope of abatement. The WEBINAR engaged various stakeholders ranging from the Minister of state for environment represented by Mr Ahmadu, the current Head of University of Bradford Law School in the person of Professor Engobo Emeseh, the representative of Association of Commonwealth universities Blue Charter project ( George Lakey) and other experts like Dr Collins Ajibo, Benjamin Mukoro , Amarachi Dike, and Dr Emmauel Nwanmuo also presented papers.

It is reported that the Imo River in the Eastern Nigeria discharges over 17,500 tons of plastic debris annually making it one of the world’s most polluted rivers.

The focus of the WEBINAR was to articulate national, regional and global legislation, policies and strategies that will prevent plastics from getting in to the environment. The indiscriminate dumping of land waste materials such as bio degradable and non-bio degradable wastes of which plastic debris are inclusive find their way into the environment through the drainages, culverts, gutters and canals into adjoining rivers within the cities and towns, and consequently into the ocean. It is reported that the Imo River in the Eastern Nigeria discharges over 17,500 tons of plastic debris annually making it one of the world’s most polluted rivers. It is important to note that the Imo River flows through the city of Aba carrying with it plastic debris through its adjoining tributaries until it finds its way into the nearby Atlantic Ocean.

It has been projected that, by 2050, there could be more plastic in the world’s waters than fishes.

The need to act timely in order to the save the planet from plastic devastation cannot be over emphasized. The statistics are hideously looking gloom on the negative impact of plastic on the environment. It has been projected that, by 2050, there could be more plastic in the world’s waters than fishes. Researchers have identified 400 species of animals whose members either ingested plastics or got entangled in it. Year in, year out, the plastics that are constantly thrown into the oceans are responsible for killing one million seabirds and 100,000 marine mammals. It has been canvassed that up to 13 million tonnes of plastic leak into our oceans every year.

The award recipient Dr Ndubuisi Nwafor presented a paper on the plastic pollution governance in Nigeria. Nigeria’s House of Representatives passed a bill banning the use and sale of plastic bags in the country. According to the legislation, anyone that fails to provide customers with paper bags in place of plastic ones risks three years in jail or a fine of N500,000 - or both at the worst case scenario. The bill would have to be worked on by a conference committee of the House and Senate before being sent to the president for assent to become law.

One of the most visible challenges to this would –be law is that, in a complex and developing country like Nigeria, this law may end up as another long essay in the statute books without any chance of optimizing its legal, jurisprudential and governance efficacy.

The webinar is most instructive in finding solutions for marine plastic pollution in Nigeria. The Minister of a State Sharon Ikeazor assures the participants that Nigeria is trying to implement policies which will bring latest recycling technologies to every local government of the country . The webinar exposed the pitfalls in the area of marine plastic and the ways through which these could be mitigated by plastic tax and provision of alternative to plastics.