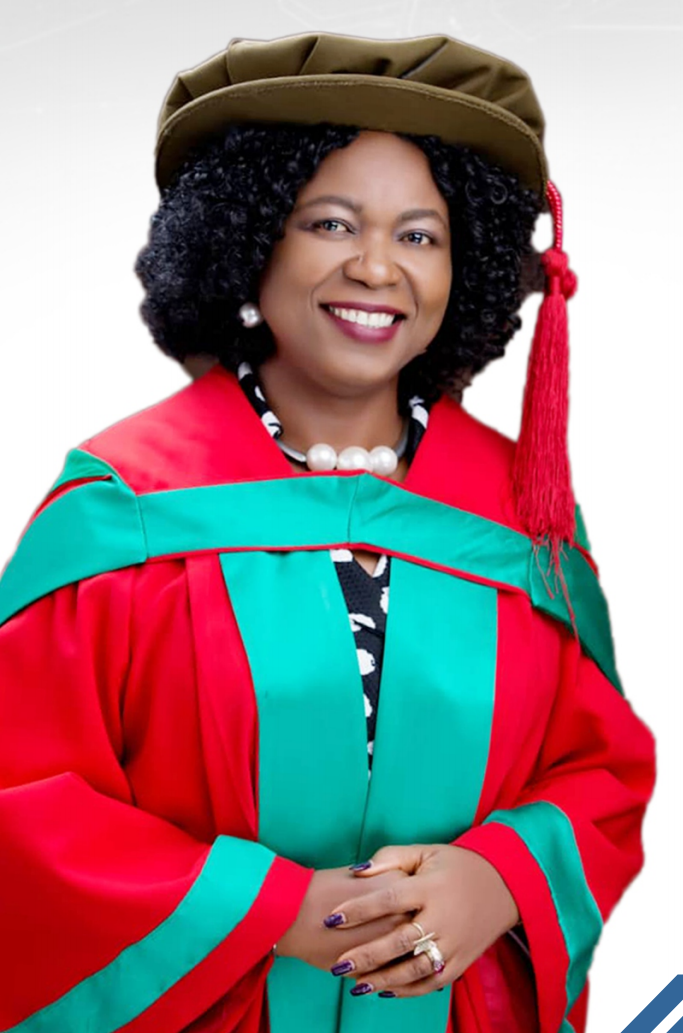 Joy Ngozi Ezeilo, the winner of the National Human Rights Award (2019) holds a Ph.D. (Nig.), LLM (London), LL.B. (Nig.), BL, Diploma, Peace & Conflict Resolution (Uppsala). She is a versatile legal scholar recognized as a leading authority in the field of international human rights, especially on the rights of women and children in Africa. A former Dean of Law at the Faculty of Law, University of Nigeria, Professor Joy Ngozi Ezeilo is currently the HOD, Department of Public Law, Faculty of Law, University of Nigeria (UNN). Member, recently constituted United Nations Civil Society Advisory Board on Prevention of Sexual Exploitation and Abuse; Member, the Body of Benchers, Nigeria and also, Member of the Governing Council of the Nigerian Institute of Advanced Legal Studies (NIALS). She is also the Chairperson of the Sexual Assault Referral Network (SARC), Nigeria.

Professor Ezeilo was appointed in 2008 as the United Nations Special Rapporteur on Trafficking in Persons, especially women and children, and served in that capacity globally until July 31st 2014. She was also appointed in December 2013 by the UN Secretary General as a member of the 5 persons Board of Trustees UN Trust Fund for Victims of Trafficking. She is the founding director of WomenAid Collective (WACOL), a national organization that promotes human rights of women and young people; that also founded the Tamar Sexual Assault Referral Centre. WACOL was founded in 1997 and ever since, it has been providing free legal aid and services to over fifty-five thousand (55,000) women and children, including juveniles in conflict with the law. Under her leadership WACOL started running the first safe house in 1998 and through her personal efforts and dedication built in 2002, the first ultra-modern private shelter for abused women and girls' victims/survivors of sexual and gender-based violence. A project she is still very proud of as her first building experience in life. Professor Joy Ezeilo was a former Commissioner for Gender and Social Development, Enugu State, a federal delegate to the National Political Reform Conference and served also as a member of the Governing Council, Nigerian Institute of International Affairs (NIIA).

Professor Joy Ezeilo is a recipient of the prestigious British Chevening scholarship (1995) and a grantee of the John D. and Catherine T. MacArthur Foundation's Funds for Leadership Development (1998). She has also received several national and international awards, including being conferred with a Nigerian Government national honour of Officer of the Order of Niger (OON) in 2006 by the then President Olusegun Obasanjo (GCFR) in recognition of heroutstanding contributions in the area of nation building, legal scholarship, advocacy, civil society movement and community service.

Joy Ezeilo is the 2019 winner of the National Human Rights Award (Individual Category) through competitive public voting process conducted by the National Human Rights Commission. The Award was conferred on her on 8th December, 2019. She is also a recipient of Hon. Justice Taslim Elias Award received on 3rd July, 2019 at the University of Ibadan, Nigeria. This is a long teaching service award for Law Teachers who are Professors and have served more than 25 years in the Teaching  of Law in Nigerian Universities. Professor Joy Ezeilo pioneered the teaching of women and children law in Nigeria and started the teaching in 1997 at the Faculty of Law, University of Nigeria, Enugu Campus. The course is now part of the NUC accredited law courses. She also pioneered the teaching of human rights for undergraduate programme at the UNN. She also developed curriculum for the teaching of health law and  reproductive rights in Nigeria with the support of MacArthur Foundation, National Universities Commission (NUC) and Faculties of Law. This curriculum was adopted in 2003 by the Nigerian Association of Law Teachers (NALT).

Joy Ngozi Ezeilo is a visiting professor to several universities, especially in North America, including being a fellow-in-residence, University of California, Irvine; and a regent Professor, University of California, Riverside (2001). She has delivered public lectures around the world on human rights, human trafficking , gender, peace, democracy and good governance, and has published extensively in similar areas of law with over 60  academic publications and more than 250 conference papers - published and unpublished. She has served as a consultant/trainer to many international and national organizations, including, United Nations Development Programme  (UNDP), United Nations Office for Drugs and Crimes (UNODC), UN Women, UNICEF, UNFPA, MacArthur Foundation, UNFPA, ILO, British Council, DFID/UKAid, European Union, Rule of Law and Anti-Corruption (RoLAC)/EU, Federal Ministry of Justice, Nigerian Law Reform Commission, Federal Ministry of Women Affairs and Social Development, National Assembly Senate on Constitutional and Electoral Reforms and the National Judicial Institute (NJI).

Professor Joy Ngozi Ezeilo, OON has impacted thousands of lives through provision of free legal aid to the poor, especially to women and girls whose human rights have been violated. Not surprising, in April, 2013 Professor Ezeilo was recognized by Newsweek/Daily Beast International Magazine, USA as one of the 125 women of impact in the world for her work, especially in combating human trafficking--a mode rn day slavery. Joy Ezeilo, features regularly in both local and international media and has been interviewed by CNN, BBC, Sky News, Aljazeera etcetera.

Professor Joy Ezeilo served as Chairperson of a Committee to draft a bill on Elimination of Violence in Society set up by the then Attorney General and Minister of Justice, Chief Bayo Ojo in 2005. This bill has transformed with contributions of CSOs and gender focused organizations to Violence against Persons (Prohibition) Act, 2015. Also, Professor continuing advocacy resulted in passage of equivalent law on Violence Against Persons in 2019 in Enugu State of Nigeria and has been training Prosecutors, Police, CSOs, Media and Service Providers across the country on this new law, working closely with the Rule of Law and Anti-Corruption (RoLAC) Programme of the British Council funded by the European Union and its predecessor programmes- Justice for All and the Security, Justice and Growth programme.

Professor Joy Ngozi Ezeilo's work spans the globe and she has brought global recognition to Nigeria as a nation and to the University of Nigeria where she works. She is  impacting thousands of lives through her humanitarian work, especially providing free legal aid and pro bono services to women, children and the poor. She has impeccable credentials as a versatile scholar and activist. Prof. Ezeilo has an enviable public service record and has been honoured nationally and internationally for her work.

Joy Ngozi Ezeilo is a high Chief in Igboland and she is fondly called 'triple Chief', that is Ochendo, Ada ejiejemba, and Nzebuna chi. She is married to Dr. Augustine Ezenta Ezeilo and they have adult children and a grandchild.